The drought is over!!! That’s actually a hilarious choice of words given that the Aquaman reviews drop today, haha. But seriously, the drought is officially over, with Fox’s Christmas themed PG-13 cut of Deadpool, Once Upon a Deadpool, arrives on the scene this Wednesday and will be playing all the way up to Christmas Eve, while Spider-Man: Into the SpiderVerse officially releases in theaters this Friday, hoping to capitalize on its phenomenal reviews and newly minted Golden Globe nomination (as well as several wins from critics groups. This weekend looks shake up the overall top ten with several new releases, which makes it all the better that, overall, there were strong holds across the board this weekend. Yes, surprisingly, most of the top ten managed to seriously surprise with their grosses, trying to rack up as much as possible before the Christmas onslaught, with particular kudos going to The Grinch and (shockingly) Fantastic Beasts: The Crimes of Grindelwald. Outside the top ten, there was surprisingly little activity, though Mary, Queen of Scots managed a pretty solid debut for a non-starter awards contender.

In first place, we find Ralph Breaks the Internet, which dropped about 36% for a gross of $16.2 million bringing its domestic gross to $140 million. Ralph is currently pacing right behind Moana with nearly identical holds for the past two weekends. This makes it quite likely that it will end its domestic run with around $240 million. The real story of this weekend, however, was the tight race between Ralph and our second place contender, The Grinch. Continuously managing to challenge expectations at the box office, The Grinch and Ralph were neck-and-neck this weekend and The Grinch nearly took first place. Being the first official weekend of December (the previous weekend began on November 30th), it stood to reason that The Grinch would see business surge, and it would actually have potentially overtaken Ralph for first place had it not been for Ralph squeezing past The Grinch with a gross fo $7.7 million to the latter’s $7 million. Still, The Grinch held astoundingly well, only dropping 16% for a gross of $15 million. Currently, the film stands at $223 million domestic and $325 million worldwide. It will likely soon overtake The Lorax for the highest grossing film of all time based on a Dr. Suess property. Overall, a more than solid pay off for Universal.

Creed II also saw a great hold of 40%, indicating that it is still playing well to a diverse and sizable audience. However, it failed to pass the $100 million mark this past weekend as I predicted. It is still pacing ahead of the original, and will make it to $100 million by this coming weekend, but I feel this is further proof that the film is an overall step down from the first. Perhaps the Christmas season will give it a boost. Last year’s The Greatest Showman was able to power itself to incredible box office heights thanks to its “feel-good” nature, and given the fact that Creed II leans more heavily into the older Rocky formula (which is very heavy on the “feel-good” feelings), Creed II could see inflated business over the holiday.

Fantastic Beasts: Crimes of Grindelwald did something amazing this weekend in that it held amazingly well. It only dropped 38.8% this weekend for a gross of $6.9 million bringing its domestic total to $145 million, and am I’m genuinely unsure of what could have brought on such a strong hold. On one hand, perhaps people are genuinely liking the film. I personally know of a few people who held out due to the negative reviews, so it is possible that this small contingent of people finally came out to see it and are genuinely enjoying the movie as well as recommending it to others. Perhaps this could Harry Potter fans rallying to save it. However, I think the best explanation could be that this movie is very spoiler heavy and seems to set up a lot down the line. There is no way that Warner Bros. is going to let this franchise die, so a third film is definitely happening. With that in mind, there is a possibility that many fans feel obligated to see the film in order to prep up for the next one. If this is indeed the case, Warner better deliver or this franchise will indeed come crashing down. International grosses, though dwindling, are likely to pull the film past $600 million, preventing a total financial failure; however, this is still $200 million behind the first Fantastic Beasts, an underperformance that this franchise cannot afford to see again in 2020.

Bohemian Rhapsody rounds out the top five, with a strong hold of 23% for a gross of $6.1 million. The film no doubt got a boost from its Golden Globe nominations, including Best Actor (Drama) for Rami Malek (now assuring him an Oscar nomination) as well as a surprise nomination for Best Picture (Drama). The awards narrative for this film is a very strong one, and I believe will heavily work in the film’s favor to continue to bring in an audience. Outside the top five, Instant Family saw another crazily strong hold, 19% for a gross of $5.7 million in sixth place, further proving that it will be a strong contender to play very well through Christmas. In seventh place, Green Book also saw a Golden Globes boost as it had the best hold in the top ten, dropping only an insane 0.7%!!!!!! Showing in now 1,181 theaters, the film has a healthy mix of support from both the industry, the critical community, and general audiences, proving itself to be a real crowdpleaser all around. With five Golden Globe nominations, the film is now assured a spot in the Best Picture line up and actually looks to challenge A Star Is Born (currently the seeming Best Picture frontrunner) for the title.

Robin Hood is proving to be the Solo of this Christmas season as although it has no chance of doing well (it was a financial bomb from the onset), it continues to push forward and defy expectations thanks to amazing audience support that continues to beat all my expectations. This week it held on by 28% (wow!!) for a gross of $3.5 million in eighth place. Hannah Grace comes in ninth place with a 50% drop in ninth place and is up to a total gross of $23 million, making for a solid return on investment for the $9.5 million picture. Widows also managed to hang on for one more round with a great hold of 28.5% in tenth place, despite being completely shut out by the Golden Globes. I also am seeing star Elizabeth Debecki pop up in many of the newly emerging awards and nominations from critic’s groups which shows that she might be a sleeper contender in the Best Supporting Actress race, so maybe this film’s Oscar dreams aren’t completely dead.

Outside the top ten, A Star is Born and The Favourite saw there Golden Globe nominations give them each a boost, with A Star is Born seeing a particularly large jump (aided by a bump up in the theater count by 550 theaters). That said, The Favourite did nowhere near as well as I had predicted, only grossing +39.5% more than last week for a gross of $1.5 million. The film is still doing well, still expanding with an immaculate per-theater-average every week, but I just know it can do better.

In the specialty market, it looks as though Hollywood is pretty set in its ways given that of the three major specialty offerings this weekend, the most “Oscar-y” one did the best. Yes, despite daringly original work like that of the pop-Drama Vox Lux and potential sleeper hit Ben is Back arriving in limited release, it was Mary, Queen of Scots, the theatrical period drama about the titular Mary and Queen Elizabeth (starring two Oscar nominees in Saoirse Ronan and Margot Robbie, respectively) that had the best per-theater-average of the weekend with a respectable $48,694 per-theater; really quite impressive given the fact that this film has absolutely no chance of getting any Oscar nominations outside of Costumes, Make-up, and Production Design due to poor positioning by Focus Features. If anything, Ronan and Robbie’s agents should seriously take advantage of this per-theater-average in helping them to book roles as despite the presence of flashier projects this weekend, Ronan and Robbie clear can draw some potent attention and put butts in seats. Yes, despite more striking aesthetics of Vox Lux, and a star with more star power for Ben is Back (that being Julia Roberts), neither film managed an impressive per-theater-average. It is noteworthy that Vox Lux did manage a solid $25,952 per-theater-average in six theaters, but it only serves to show that the film could have looked even better if Neon had been smarter and debuted the film in only four. 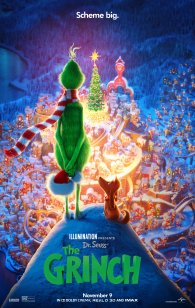 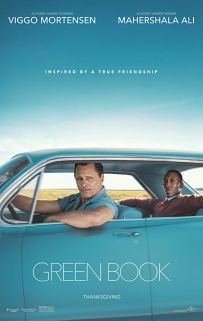