With all eyes (in the industry at least) looking toward yesterday’s Golden Globe ceremony, it came as quite the surprise when a little movie from Sony with barely any advertising, Escape Room, swooped in to steal the second place spot in the weekend top ten from Mary Poppins Returns. Yes, despite the entire industry (and even myself) lowballing the picture, Escape Room proved itself to be quite the viable option this weekend, delivering thrilling suspense amongst a sea of seemingly “safer” options. The rest of the top ten overall saw pretty solid holds, though the most interesting moves happened in the specialty market where several distributors maneuvered their films to capitalize on their likely Golden Globes success, although it wasn’t the film’s that you were necessarily thinking of.

In first place, of course, we have to talk about Aquaman which surged to $940 million worldwide, making it the highest grossing DCEU film yet. Audience support is quite strong for the picture, as indicated by the 41% drop, significantly lower than the nearly 50% drop that I’d predicted, grossing $30.7 million. This pushes the film to a gross of $259 million domestically, and with the film still taking the number one spot in the international market, a $1 billion gross is right around the corner.

In second place, we find Escape Room massively overperforming with $18 million. I mistakenly said that the film was a Sony Screen Gems release when in reality it comes from Sony’s main distribution label, Columbia Pictures. This signals that there was more effort put into the film, and it clearly shows as the film was enjoyed quite a bit. While reviews weren’t fantastic, the film appealed to most age groups across both genders with a 50/50 split; and as a horror/thriller offering amongst superhero films, family-friendly entertainment, and awards fodder, it had no competition and a wide audience to play to. Also, Deadline noted that much of the social media conversation around the film consisted of people talking about their own experiences with Escape Rooms, so the brand tie-in was potent. The film has already broken even budget-wise and will likely go on to make a healthy profit in theaters, further signaling Sony’s return to strength at the box office after years of fighting with Paramount for last place amongst the major studios.

Mary Poppins Returns, Spider-Man: Into the Spider-Verse, and Bumblebee all continue to be in a gridlock, not helped by Escape Room leapfrogging all of them unexpectedly, with the titles coming in third, fourth, and fifth place, respectively. Having seen the results of the Golden Globes, however, I can see this gridlock potentially breaking up in the coming weeks. Spider-Verse won the Globe for Best Animated Feature (yay!!!!) and Sony will likely be plastering that all over their marketing from here on out to help the film pull ahead of the other two (and to help its Oscar chances). Currently, Spider-Verse is up to $133.8 million domestically, having dropped only 30.8% for a $13.1 million gross, and $275 million worldwide. Normally, I would be calling the film a success by now, having made over three times its budget. However, I feel that the film still has a ways to go. Deadline reported that Sony undertook a branding and marketing campaign with an estimated worth of around $115 million. With this, I would predict the film to have a pretty steep break-even point, around that of $295 million at least. Because of this, I don’t think that we can officially call Spider-Verse a success, even moderately, until it manages to pass $300 million worldwide, thereby finally inching into profitability. Thankfully, Spider-Verse does have definite fan interest, and with a Globe win in tow, I think it is more than likely that the film will hit that mark.

As for Poppins, the film went home empty-handed and will likely not see any awards boost, at least in the coming weeks (we’ll see if Emily Blunt’s likely Best Actress nomination can generate a bump at the end of the month). It is still performing okay though, with a drop of 44.4% for a gross of $15.7 million. The film is legging out healthy with a domestic gross of $138 million and a worldwide haul of $257 million, only $3 million away from breaking even on its budget. Bumblebee is struggling, however. The film will definitely cross $100 million by next week, which is always a good sign, but the likelihood of it matching (or exceeding) Last Knight‘s domestic gross (a healthy goal) is growing slimmer as we speak. The market is just too crowded and Poppins and Spider-Verse are proving to be significant competition. While Bumblebee did see a similar gross to Spider-Verse this weekend, unlike the Spider-Verse it has no awards to its name and the brand strength isn’t as strong. While Spider-Verse actually looks like it can leg out, Bumblebee is running out of breath. Meanwhile, The Mule is performing fantastically, taking full advantage of its lack of competition. It only dropped a staggering 25.7% for a gross of $9 million in sixth place in its fourth weekend and is currently up to $81 million domestic. It will surely cross $100 million by next weekend, breaking even on its budget and, given that it was co-financed by Bron Studios, the film is likely already making a profit even without any overseas grosses to report (not to mention that it will likely kill on streaming).

Vice had the best hold in the top ten with 25.3%, for a gross of $5.8 million in seventh place, proving the claim that it is over-indexing on the Coasts, but with such a small start, the film is still looking to be a loss for Annapurna. Christian Bale did win the Golden Globe yesterday for is lead performance, however, thus making him a frontrunner in the Best Actor race, and given that the film’s box office momentum is almost completely being powered by awards at this point, this is a win it desperately needed. Second Act also held well with 33.3% in eighth place, bringing its domestic haul to $32 million, $8 million shy of its estimated break-even point of $40 million. I think the film will definitely break-even in theaters, but it is not looking to do much after that as it didn’t have much gas in the tank to begin with. Ralph Breaks the Internet is still holding on for dear life with $4.6 million in ninth place, but its lack of a Globe win yesterday is just further evidence that its time has come and gone. Holmes & Watson, on the other hand, was dead on arrival, and this weekend is further proof of that as it rounds out the top ten with $3.4 million.

The specialty market saw no new releases and was instead made to play host to any potential Golden Globes boosts. Sure enough, many studios upped the theater counts for their films in anticipation. Bohemian Rhapsody, which has still been playing for a while, was bumped up into 199 more theaters and saw an enthusiastic response to the tune of $2.4 million in eleventh place, knocking on the door of the top ten. If Beale Street Could Talk also upped its theater count by 270, officially playing in 335 theaters across the country, and saw a jump of 141.4% to $1.8 million. Both films took home Globes on Sunday, Bohemian walking away with Best Actor (Drama), for lead actor Rami Malek, as well as Best Motion Picture (Drama) while Beale Street got a much-needed win for Regina King in Supporting Actress (which actually pushes her to the front of the line in the Oscar race), which will potentially translate into greater box office grosses over the week and stronger holds next weekend. Of the two, however, Bohemian Rhapsody is more likely to reap the benefits of the win given the greater prestige of its two Globe wins. A Star is Born also made a small attempt to capitalize on its Globe momentum by adding 32 theaters, but while it did go up 29%, it only grossed $635k (then again, it has already grossed over $200 million domestically so there is little to whine about). It only took home one Globe award out of its five nominations, that being for Best Original Song for “Shallow”.

Interestingly, neither Universal nor Fox Searchlight amped up their theater counts for Green Book or The Favourite, respectively, despite both being major Globes contenders. Part of me thinks, however, that both distributors know that their respective films are guaranteed to score major Oscar nominations on the morning and feel no need to build up the hype (at least not yet). Both films did indeed score major wins last night, The Favourite winning Best Actress (Comedy/Musical) for Olivia Colman (thereby making her the only conceivable threat to Glenn Close, who won Best Actress-Drama for The Wife and is favoured heavily to win Best Actress at the Oscars in February) while Green Book ran away with the night, winning the most awards of the evening with Best Motion Picture (Comedy/Musical), Best Screenplay, and Best Supporting Actor for Mahershala Ali (thereby making him the Supporting Actor Oscar frontrunner alongside Sam Elliot, who has a major “overdue/veteran actor” narrative backing up his performance in A Star is Born). Green Book will likely see a bump from its wins over the week/weekend while The Favourite will likely continue to languish in its place. Expect both, however, to up their theater counts come Oscar nominations.

Outside all the awards hustle and bustle, On the Basis of Sex continues to have a particularly strong per-theater-average given its theater count with $14,920 per-theater despite having expanded into 112 theaters. Word-of-mouth is also quite positive on the movie so expect it to keep growing as it inches into wide release. Mary, Queen of Scots also continues to impress me, dropping only 18.5% as it expanded into 1,052 theaters for a gross of $2.2 million. It currently stands at a five-week total gross of $13.4 million, $3.3 million ahead of the more critically acclaimed The Favourite at the same point in its release cycle. I’m beginning to genuinely wonder if this could affect the Oscar race in a more significant capacity. Margot Robbie, who plays Queen Elizabeth in the film, did manage to secure a surprising Supporting Actress nomination at the Screen Actors Guild Awards (many believe she actually stole this nomination from Regina King). While there is no way that the film will be able to garner any above-the-line nominations outside of Supporting Actress, I wonder if Mary‘s continuously surprising shows of strength at the box office will prompt more voters to check it out more than normal and potentially propel Robbie into a Supporting Actress Oscar nomination this year. Don’t forget, she got her first nomination for I, Tonya last year, thus making an afterglow nomination completely feasible. 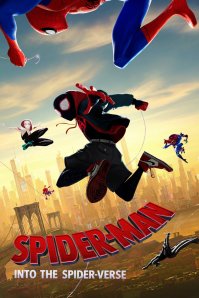 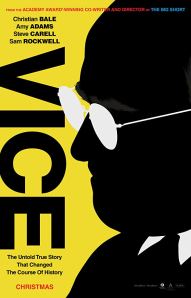 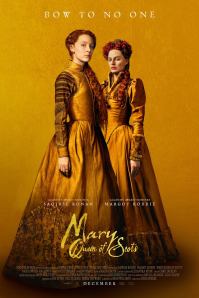