Well, waiting a day for the actuals didn’t change the facts, Glass once again topped the weekend with no Upside upset. Don’t cry for The Upside though; you should really be crying for Miss Bala. Failing to capitalize on the lack of competition in the Superbowl frame, Sony’s remake ended up tanking with a meager debut. Outside of the major films in release this weekend, They Shall Not Grow Old managed a solid showing while Free Solo bounced back into theaters for a later than usual “Oscar-advantage” run. Arctic also debuted in limited release to little fanfare.

Coming in first place for the third weekend in a row (to the chagrin of audiences but likely the delight of Universal), Glass topped the weekend with $9.5 million, a solid 49.4% drop from last weekend. Somewhat shockingly, Glass managed to top off a weekend with the lowest amount of ticket sales since the weekend of August 25th-27th, 2017 with just over only $56 million in total box office grosses (2017 saw just over $50 million) and not a single film grossing more than $10 million. I actually find it very interesting to see Glass‘ performance at the box office coincide with this weekend comparison. Going back to that weekend in the records, one will see that the weekend back in 2017 was topped by a movie called The Hitman’s Bodyguard. This action-comedy-spoof, starring Ryan Reynolds and Samuel L. Jackson, provides a remarkable comparison to Glass in that both find themselves in extremely similar situations. Apart from them sharing one Samuel L. Jackson, both films debuted to thoroughly mixed reviews (Hitman holding a 41% Rotten Tomatoes Score to Glass‘ 36% as well as a 47 on Metacritic to Glass‘ 42) and premiered to relatively meager box office openings (Hitman admittedly exceeded expectations upon its opening, but the opening itself was still minor league). Yet, despite having little going in their favor, both films maintained the top spot at the box office for three weekends straight; not because of strong holds and solid word-of-mouth, but instead as a result of being simply the most appetizing offerings amongst a very weak weekend slate for those three weekends. The comparison gets even crazier when you consider that both films had relatively low budgets ($20 million for Glass, $30 million for Hitman) and that both will likely be ending their runs in the same ballpark box office-wise. Glass has a lead on Hitman by over $20 million, having just pasted $200 million at the worldwide box office, but in the grand scheme of things the similarities are just too large to miss. If anything, it gives us something of a surprising trend to look out for when monitoring Samuel L. Jackson movies.

Indeed, however, the weekend was relatively weak, with little to actually blame on the Superbowl, especially given that it has the least watched Superbowl since 2008 with under 100 million viewers (a shocking number for an event like this). This did provide us with some nice holdovers throughout the top ten. In second place, though it was unable to usurp Glass, The Upside saw another fantastic hold of 27.3% for a gross of $8.6 million, pushing the film’s domestic haul to $75 million and passed that of A Bad Moms Christmas to become STX’s second best domestic earner. I did learn an interesting bit of trivia over the weekend, that being that The Upside was originally rated R when it was with the Weinstein Company. Clearly, STX saw some kind of potential in the film since they ended up re-cutting to make it PG-13, further proof that STX is indeed growing and learning as a studio and paying more attention to their audiences in order to give them something they want. Naysayers might be quick to call it pandering, but I see it more as giving the audience what they don’t know they want; if a movie can play to a wider audience, why rob that audience of the chance to see they something they might enjoy.

On the other hand, Miss Bala proved to be an example of giving audiences something that they didn’t really want at all. Now, I must say that I don’t have a problem with actors and actresses diversifying their images and broadening their range. I for one was thrilled at the idea of Gina Rodriguez, who is thoroughly defined as a comedic actress thanks to her Jane the Virgin work and Golden Globe win, try to take on a more serious and action-heavy role as she does with Miss Bala (and if the reviews are to be taken seriously, she apparently makes this transition well). However, from a business standpoint, you can’t expect audiences to immediately jump on board with such a massive about-face. More than anything, I believe that this is what handicapped Miss Bala going into the weekend, and it shows with a measly gross of just $6.8 million. It was already a hurdle to put a TV actress in the lead of a studio picture given that audiences are usually less likely to turn out for such a film (the prevailing ideology is, “why should I pay to see this person in theaters when I can watch them for free on TV?”). However, Sony added another hurdle by placing Rodriguez in a vehicle that didn’t play to her strength as not only an actress but a celebrity persona. Had Sony instead swept Rodriguez up for a romantic comedy, that would have certainly performed better on opening weekend as it would’ve given her television fanbase more incentive to fork over some cash. Unfortunately, Sony didn’t have that kind of foresight and paid the price with Miss Bala‘s small opening (so small that Cinemascore does not even seem to have done any exit polling for the film).

Now, Sony did have the foresight to budget Miss Bala frugally (perhaps given the fact that they had a lead from TV) with a budget of $15 million, so Miss Bala won’t be a complete financial meltdown. However, with such a low opening, the odds of this film making a profit are slim. To her credit, Rodriguez has become quite prolific and has made some savvier decisions about her career going forward. Aside from starting her own production company through which she will produce and narrate a Jane the Virgin spin-off series that has just received a pilot order from the CW, Rodriguez has also managed to cultivate a healthy relationship with Netflix. She is currently starring in their animated reboot of Carmen Sandiego as well as recently finalized a deal to both star in and produce a live-action Carmen Sandiego movie from the writer of Game Night, a fantastic vehicle for her given the likely balance of action and comedy. She also seems to be smartly taking advantage of her rom-com leading lady status as recently finished producing a romantic comedy film, Someone Great (also for Netflix), which she stars in alongside Pitch Perfect-alum Brittany Snow, as well as attached herself to a high profile romantic comedy script that was the subject of huge bidding war before landing at Universal. With these kinds of projects in the works, she is playing into her Jane the Virgin persona in order to bolster her presence in film as well as make connections with major studios and distributors (I almost forgot to mention that she is also producing a series for Disney’s upcoming streaming service). Once she establishes herself in films in a stronger capacity, she will be able to experiment with other genres and diversify her persona with more successful results. Let’s just hope that Miss Bala doesn’t become to big of a black mark on her resume.

As for the rest of the top ten, almost every single film saw solid holds, including The Kid Who Would Be King with a drop of just 40.8%. The film is still is still not performing well in theaters, but holds like this indicate good word-of-mouth which will potentially aid the film’s prospects when it hits the ancillary market (I actually ended up seeing the film this past weekend, and while I didn’t love it, I can say that it made for a great family movie night). Once again I must give credit to Escape Room which continues to stick around in the top ten way past its expected expiration date, having made it to $96 million worldwide on a $9 million budget (Now there is Sony doing a good job with their film!). It should also be noted that while They Shall Not Grow Old failed to pop into the top five as some had predicted (perhaps Green Book stole that audience away with a great 20.8% hold in sixth place), it did manage to pop into the top ten in tenth place with a gross of $2.4 million from just 735 theaters.

Speaking of documentaries, Free Solo re-entered the fray, bumping up its theater count by 382 to 483 theaters total for a gross of $1.2 million in 16th place. Free Solo was one of the 2018 summer surprise documentary performers alongside Three Identical Strangers, Won’t You Be My Neighbor, and RBG, the latter with which Free Solo is competing with for Best Documentary Feature at this upcoming Oscars. Free Solo is admittedly choosing an odd time to take advantage of its Oscar bump (upping its theater count two weeks after nominations were announced), but better late than never; especially in the documentary film market which is notable for not being very lucrative. Given the success of not only Free Solo but also their original breakout documentary feature, Meru, I will be curious to see if Elizabeth Chai Vasarhelyi and Jimmy Chin (the married directing duo behind both hit mountain-climbing documentaries) decide to make a jump into narrative feature filmmaking. Matthew Heineman, the Oscar-nominated documentarian behind Cartel Land and City of Ghosts, made a relatively strong narrative feature directing debut with A Private War last November which earned two surprise Golden Globe nominations as well as Best Directorial Debut nomination for Heineman from the Directors Guild of America. Perhaps a biopic about a famous mountaineer would be a great next project for Chin and Vasarhelyi to tackle should they decide to go that route.

Elsewhere outside the top ten, Serenity plummeted with a 61.4% drop to $1.7 million in 14th place despite a notably big boost in the amount of press for the film. Matthew McConaughey and Anne Hathaway were reportedly furious with distributor Aviron Pictures for not spending the amount of money they agreed to spend on P&A for the film and thereby dooming it to fail at the box office. Though Aviron has stated that they knew the film was going to bomb and didn’t want to sink more money into it, perhaps the increase in press coverage for the film is a PR maneuver to pacify the two Serenity stars. With regard to the actual specialty market, the sole major offering, Mads Mikkelson’s Arctic, also failed to impress at the box office this weekend with a per-theater-average of just $12,720 in its debut. This one is on distributor Bleecker Street for opening the film as far away as possible from awards season. 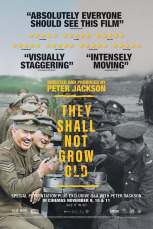 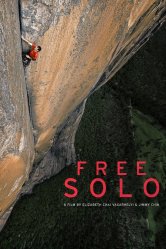