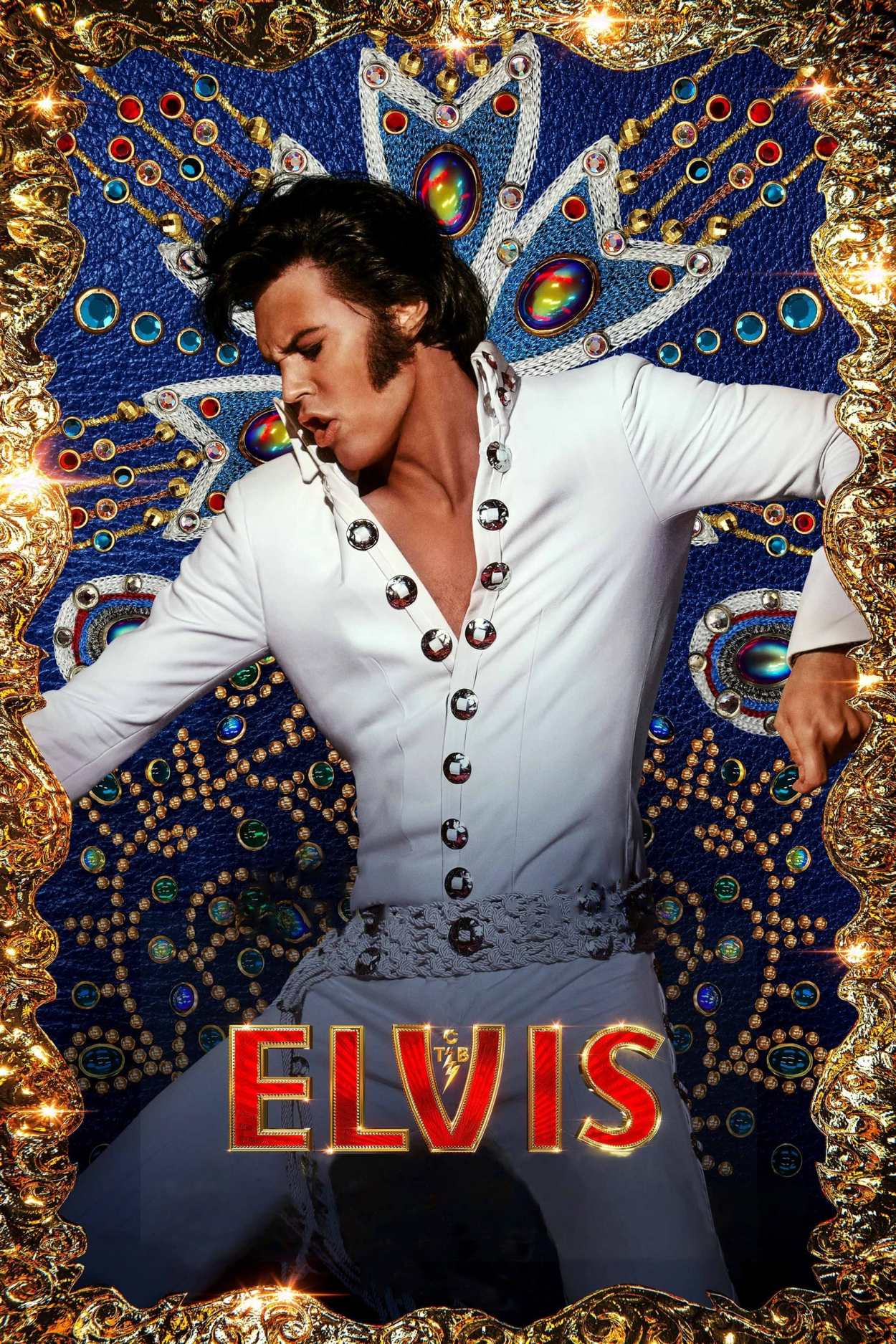 I waited until the actuals came in so I could really get a full picture and I feel both validated and pleasantly surprised! As I thought, Elvis is too big a figure for his biopic to debut with a mere $20 million on opening weekend. Instead, Baz Luhrmann’s Elvis ended up pulling in $31 million upon opening, not only giving us a solid debut for an adult-focused drama but also getting an extra feather in its cap for topping Top Gun: Maverick this weekend (even if just by a little).

Demographically, Elvis played just about as well as was expected, that being that it skewed much, much older than your average movie in theaters. In a day and age where the 18-34 demographic is driving box office grosses, it was very surprising to see that 43% of the audience for Elvis was over the age of 50. It’s a demo that has been exceedingly reluctant to head out to the theaters, in even pre-COVID times, so a turnout like this really speaks to Elvis’ continued resonance with older audiences. That demographic also gave the film the best exit scores of any demo while overall, Elvis‘ Cinemascore is A- which tells me that Luhrmann and company have really created an exciting moviegoing experience, thereby setting the film up to have pretty good legs.

What struck me most, however, was the specific number the film ended with. In the lead-up to Elvis‘ release, seemingly in an effort to bolster low tracking numbers, prognosticators were trying to tout this movie as being on track to have the best opening weekend of an “adult-skewing film with a length of more than 2 1/2 hours” during the pandemic. That’s a lot of qualifiers and, frankly, I don’t think they do the movie any favors, especially given that the comparison that was being made was specifically to that of House of Gucci which, while no slouch at the box office, wasn’t necessarily a smash hit. The better comparison, I felt, was to that of The Lost City given that both were films targeted towards an adult audience that didn’t rely on an existing brand to self themselves. Sure enough, by appealing directly to an older audience (a demo generally underserved in the theatrical market), Elvis managed to open almost exactly on par with The Lost City, which opened to $30 million. It’s fascinating to consider these two films together as they were generally aimed towards the same audience demographic (older, and even slightly more female than expected in the case of Elvis) as it suggests a specific pattern of performance for these kinds of films aimed at older audiences. It also reaffirms that said audience demo can be quite powerful when mobilized and makes me wonder what the legs on Elvis will be. The Lost City legged out to $100 million domestically, so I’m optimistic about its chances. For now, we’ll just celebrate its number one win.

In a close second place, Top Gun: Maverick ended up holding by a strong -34% and took in a gross of $29.6 million. That took its domestic tally to a a whopping $520 million, the 15th highest domestic gross of all time, but that was not the big story of the weekend. No, instead, all eyes we on Maverick‘s worldwide box office gross, which did what would’ve been thought of as impossible just a few months ago: It grossed $1 Billion!!!!!!!!!! Yes, BILLION, with a B! Thanks once again to strong overseas holds and a surprisingly strong gross in Korea, Maverick has officially become a legendary film, taking a spot in box office history alongside some of the highest grossing films of all-time. It’s the first movie of 2022 to hit $1 billion, the second movie of the pandemic era to do so (after No Way Home), and further cements 2022 as a comeback year for Paramount. With five number one openings, all of its films being box office successes, and both Sonic 2 and Top Gun: Maverick being genuine blockbuster mega hits, and Top Gun and The Lost City roping in older audiences unlike anything in the past two years, Paramount essentially has won the first half of 2022. The second half of the year may not look as strong, featuring a slate primarily made up of smaller films that don’t look to be “marquee” fare (though Smile looks like a really sinister good time at the movies) but, frankly, the studio doesn’t necessarily need to do much more to impress. All in all, its a testament to Paramount that they stuck to their guns and held on to Maverick as long as they did without sending it to streaming. It’s definitely paid dividends and has gone along way to put this once wayward studio back on the map. We’ll see how the latter half of the year shakes out, especially with regards to their last “big” movie, Oscar play Babylon, but they’ve certainly set themselves up for success.

Third place went to Jurassic World: Dominion, which held exactly as I predicted it to with a drop of -55%. Taking in $26.72 million, Dominion‘s domestic gross now stands as a very strong $306 million; not too far off from that $341 million that Fallen Kingdom had at the same point in its release cycle. With little in the way of competition for the rest of July (outside of Thor: Love and Thunder), I’m confident that Dominion can make it to $400 million domestic, at least by the end of its run. Worldwide, the film has taken in $750 million, and while it is slowing down slightly overseas, it still held by -45% overall which suggests it still has runway. A $1 billion gross will likely come about by the end of its run.

Fourth place was home to the other new wide release this weekend, The Black Phone, otherwise known as “the movie that Scott Derrickson left Doctor Strange in the Multiverse of Madness for”. I was of two minds regarding how this film’s opening weekend would play out. On one hand, I expected big things as I’ve been hearing nothing but raves for the festival circuit about this film since last September when it played at Fantastic Fest. On the other, early word from general audience moviegoers was coming in as mixed. Having seen the film myself this past weekend, I can understand where the latter sentiment is coming from. The movie has a lot of ingredients and doesn’t always mix them well. The production is perfectly eerie and atmospheric, replicating the mood of classic 80s horror movies where it felt as though evil lurked around every corner, and the film effectively borrows from the works of Stephen King (particularly It) but makes that evil rooted in real human behavior. That said, the combination of period film dressing, supernatural proceedings, real human evil, and preternatural subplots makes the watch a bit bumpy throughout, though the film can definitely be forgiven on that front thanks to an incredibly satisfying ending that brings the themes and plot to an effectively rousing climax (my audience cheered, and I did so with them). It’s a good watch, but I can understand if someone is turned off by it.

Still, that clearly didn’t hurt the film as it debuted ahead of $20 million expectations with $23.6 million. Universal knew they had an under-the-radar festival sleeper on their hands and were smart to work to build off the buzz from the film’s festival run, turning watching the film into a little event and making audiences feel like they were getting first dibs on a hot new horror movie (something out of the A24 playbook, but with NBCUniversal’s vast marketing network to back it up). The Black Phone illustrated this by playing heavily to the more “Film Twitter” savvy 18-34 age demographic (64% of the audience), 53% of them under the age of 25, and the audience being nicely split between men and women (51% female/49% male). The only question I have here is about the film’s potential legs. It earned a B+ Cinemascore, which is fantastic for a horror film, and I would back that up by saying that, while it has its weaknesses and convoluted moments, it’s worth recommending. Still, I am curious to see whether or not the messy narrative dilutes the impact of the film and causes it to be forgotten more quickly. I particularly wonder if older, not as savvy audiences will make the effort to see it and not be put off by its twisty nature. We’ll just have to see in the coming weeks.

Rounding out the top five was our only flat-out dud. Carrying over from last weekend with a very weighty -64% drop, Lightyear sadly only pulled in $18 million this weekend, a far cry from the $50 million it took in at opening. It’s an even worse drop than The Good Dinosaur took in its second weekend back in 2015 as that film fell -61% off of a $39 million opening, landing hilariously close to Lightyear‘s second weekend gross with a $15 million haul. The Good Dinosaur went on to be Pixar’s lowest-grossing film, not counting Onward, which had its run cut short by the pandemic, and Soul, Luca, and Turing Red which all had streaming releases in the states and only took in theatrical grosses in a select few Disney+-less markets, but Lightyear may potentially inherit that title. Its hold internationally was okay, -49% for an overseas take of $19.3 million. Altogether, it’s taken in $63 million internationally and $91 million domestic for a worldwide total of $155.2 million so far on a $200 million budget. Its prospects for recouping that cost do not look good, especially as Minions: The Rise of Gru approaches and promises to likely absorb all of Lightyear‘s family audience; a real shame given that Lightyear is Pixar’s first theatrical release since the start of the pandemic.

In brighter news for Disney, Doctor Strange in the Multiverse of Madness took in $1.78 million in sixth place, pushing its domestic gross to $409 million and its worldwide total to $950 million. A billion-dollar gross is likely not in the cards, especially given how many theaters just dropped the film in accordance with its arrival on Disney+, but $950 million is still something to be extremely proud of. Seventh place was home to a new indian film, Jugjugg Jeeyo, which took in $604K, though I had trouble trying to get a read on this film given that some outlets reported it to be distributed by a boutique distributor, Moviegoers Entertainment, and other reported the film to be “self-distributed”. That descriptor conjured images from the 80s of scrappy young filmmakers actively going to individual theaters and negotiating with the owners to have the film’s screened. If that is indeed the route taken by the makers of Jugjugg Jeeyo, congratulations to them for making such a splash!

Elsewhere, the rest of the top ten continues to cool off as a new wave of summer movies and holdovers make themselves at home. Everything, Everywhere, All at Once continues to stick around, but dropped to eighth place with a gross of $526K (still a strong hold of -44%). Ninth place was home to The Bob’s Burgers Movie, which has stuck around much longer than I thought it would. It took in $498K as the top ten rounded off with The Bad Guys in tenth with a -55% drop and a gross of $455K. Domestically, The Bad Guys looks to be topping out with about $95 million, but its $241 million worldwide haul is just another thing for Universal to be proud of.

Finishing off with the specialty market, Marcel the Shell With Shoes On ended up dominating in a major way! Grossing $159K in six theaters, this semi-secret A24 release managed a fantastic $26K per-theater average; the highest of the weekend, surpassing the next film in line by at least $15K per theater. Other notable specialty films included Official Competition, which grew its gross by +95% to $53K, thanks largely to an expanded release into 26 theaters, while Beba from NEON only took in $4,862 total in three theaters.